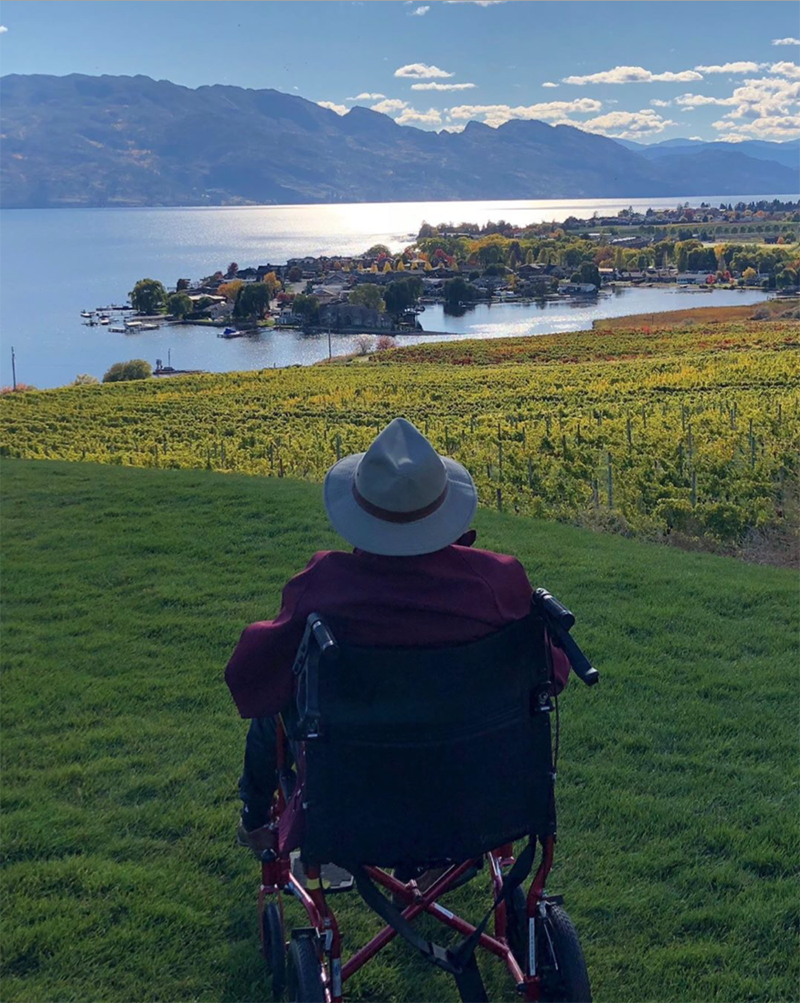 This week the Stewart family quietly celebrates the life of their father Richard “Dick” Stewart, who passed away at the age of 94.

Dick was born in Kelowna on April 8, 1926, one of four children to Dick Snr and Mary (Whitworth) Stewart. Growing up in a family that embraced others, generosity and support were values Dick upheld his entire life in the community, with his family and at the winery.

After graduating UBC with a double major in agriculture and commerce, he worked in his father’s business Stewart Brothers Nurseries for ten years before venturing out on his own.  A natural visionary, Dick purchased the former Allison Ranch property on Boucherie Road, West Kelowna in 1956 to fulfill his keen interest in grape growing. He proceeded to plant experimental grape varieties at the site which would go on to produce world class wines.

Dick believed in the potential of this region and was a driving force in its development. He was a founding member of the Association of British Columbia Grape Growers and member of the Grape Growers’ Marketing Board where he subsequently became its chairman. Interested primarily in grape growing, he encouraged his son Ben to establish Quails’ Gate Winery in 1989.

Never afraid of new ideas, Dick believed in putting his nose to the ‘grindstone and his shoulder to the wheel’. He was intensely proud that all his children became a part of making the winery successful. He loved to wander the vineyards, Wineshop and offices at Quails’ Gate visiting with guests and he fondly referred to the staff at Quails’ Gate as his extended family.

Dick had a passion for his hometown and felt a deep responsibility to his community giving back and participating in many boards and committees over his lifetime.

He will be greatly missed by his family and extended family at Quails’ Gate Winery. For more information on the life of this amazing man please find his obituary here.

A family service is being held on Friday, May 22 at 2:00 PM for the immediate family. The service will be streamed live at 2:00 PM here.